Nearly six years since he retired from the NHL as one of its toughest enforcers, Scott Parker is finding everyday life a more fearsome opponent than any he dropped the gloves against…

He is only 35, but Parker’s short-term memory resembles someone much older. He is so forgetful that he has to write down routine things such as needing to make a trip to the grocery store. He often takes pictures and videos with his phone to remember how to do things such as use tools in his woodworking and metal shop.

“I can see right away when he’s having a bad day,” said Francesca, his wife of 15 years 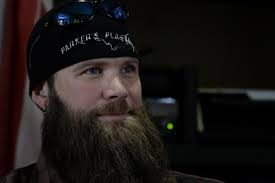 Developmental optometrist, author, speaker at Hellerstein and Brenner Vision Center
A pioneer in vision therapy and developmental optometry, for more than 30 years Dr. Lynn Hellerstein, has helped thousands of children and adults improve their vision and transform their lives — at home, in the classroom and on the sports field.
Founder and co-owner of Hellerstein & Brenner Vision Center, Dr. Lynn Hellerstein is the author of an award-winning book series, SEE IT. SAY IT.DO IT!
Dynamic and engaging, Dr. Hellerstein is a popular speaker nationally and internationally.

Back to Blog Home Page