Eye On the Brain from Psychology Today

“When I learned at age 48 to see in 3D, despite having been cross-eyed since early infancy, I didn’t think anyone would believe me. After all, David Hubel and Torsten Wiesel had won the Nobel Prize in 1981 for their stunning work on vision, and, among their accomplishments, they had described the “critical period,” a period in early life when the young brain is most able to acquire certain skills. It was thought by many other scientists and physicians that the development of stereovision had a critical period. If a child was cross-eyed (had strabismus) and stereoblind throughout this critical period in early childhood, then it was impossible to develop stereovision in adult life. As a result, most people who were cross-eyed since infancy, as I was, did not receive vision therapy. Yet, it was vision therapy that taught me, at age 48, how to aim my two eyes at the same place in space so that I could fuse the images from the two eyes and see in 3D.”
Continue reading Dr. Susan Barry’s article here. 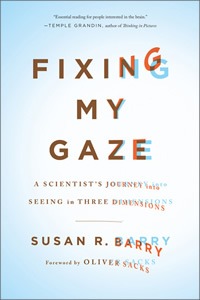 Follow me
Lynn Hellerstein
Expert in Visualization, Visioning, and Turning Dreams into Reality. Speaker & Author of multi-book awards & bestselling See It. Say It. Do It!

A pioneer in vision therapy and developmental optometry, Dr. Lynn Hellerstein is the founder of Hellerstein & Brenner Vision Center, PC. For more than 40 years, she has helped thousands of children and adults improve their vision and transform their lives — at home, in the classroom and on the sports field.

Follow me
Latest posts by Lynn Hellerstein (see all)